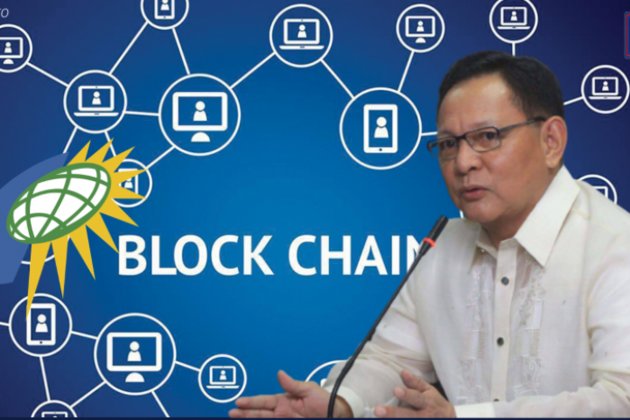 The Board of Investments (BOI) of the Department of Trade and Industry (DTI) hosted the webinar to educate the members of the Philippine Investment Promotion Plan (PIPP) of the most basic principles, fundamentals, regulations and innovative-driven opportunities brought by the Financial Technology Industry.

Tasked to supervise the development of the special economic zone and freeport in Santa Ana, Cagayan, CEZA is driven by innovative ideas and fresh technologies and that included cryptocurrency and blockchain. Being located right along the major international shipping routes of the Northern Pacific and East Asia, CEZA offers not only the biggest economies in the region, but the world - a technological garden and a safe haven for the evolution of the world's next wave of groundbreaking technological innovations.

Secretary Raul Lambino, CEZA administrator and chief executive officer said despite uncertainty of what lies ahead for cryptocurrency and blockchain, he shared that when Elon Musk's Tesla purchased $1.5 billion worth of cryptocurrency as part of initiatives to invest in alternative assets, such as digital currencies and gold bullion, it gave a boost for this technology.

"No one can predict with a reasonable degree of certainty what lies ahead for these financial innovations of the last decade. The truth is, some experts, including powerful and influential men and women of our age, have expressed opinions regarding their future that opposed diametrically to each other," Secretary Lambino said.

In February, Tesla, which engaged in the development of electric cars, announced that it would soon start to accepting bitcoin as a form of payment for cars in the United States, and will retain Bitcoin in its treasury, "in what must be regarded as a vote of confidence in the cryptocurrency."

"Even though the value of bitcoin has seesawed between then and this month, the future of the cryptocurrency is beginning to crystallize," Lambino said adding that it is no longer a matter of dispute that it has made a mark in the world's financial circle, prompting institutional investors to say that bitcoin is an alternative to gold and the dollar.

To date, 26 fintech firms have registered as principal licensees in CEZA that are set to start their offshore operations this year.

"The shift towards a digital economy has accelerated its pace since the onset of the COVID-19 pandemic." the Secretary said adding that among unforeseen tragic effects is its impact on the global economy. "It is a world-transforming event," he added.

"This might seem a small insignificant step, but we must realize that we are in a once-in-a-lifetime opportunity to reshape or reduce our experience," said Lambino, referring to the webinar on blockchain and fintech hosted by the agency.

For his part, lawyer Mike Gerald David, spokesperson for fintech and virtual currency discussed a variety of topics that have covered fintech and blockchain's background, industry acceptance, situation, and regulation in Southeast Asian countries including the Philippines.

In his presentation, David said cryptocurrency in the country is yet to be used in general commerce and is seen to be more of an alternative form of electronic money and not a security.

CEZA Deputy Administrator PCSUPT. Agrimero Cruz Jr., (Ret.) said the agency intends to make the online event the first of a series of webinars on fintech and CEZA as it promotes the adoption and integration of financial technology in the country.

"With big tech words like blockchain, cryptocurrency, and distributed ledger, I have to admit that it can be overwhelming at times. Not only because of its complexities of the speed of its adaptation but also due to the vastness of its possibilities," Cruz said.

For his part, Cruz said he would like to think of blockchain as a new ecosystem of transactions for the future. "A vast ecosystem where inhabitants can embrace diverse roles. With fresh opportunities are abundant and the fortuity for collaboration is ripe."

The deputy administrator added that the strength of blockchain and cryptocurrency is correlated to the span of its network. (MDCT with reports from Liz Lagniton and inputs from Michelle S. Agabin- MRO Head Mandaluyong)