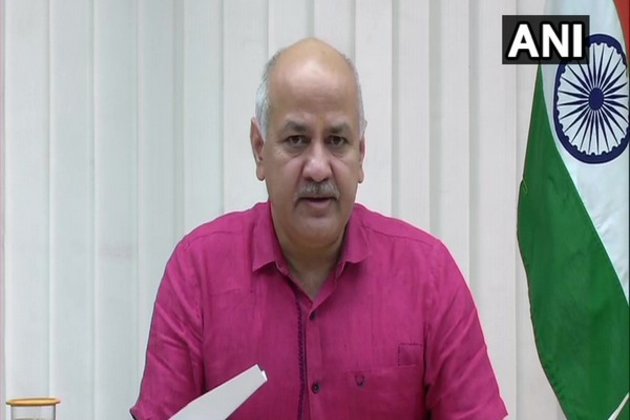 New Delhi [India], May 12 (ANI): The Delhi government has been forced to shut down 100 vaccination sites over 17 schools that administered Bharat Biotech's COVAXIN vaccine due to a dearth of supply from the manufacturer, Delhi Deputy Chief Minister Manish Sisodia said on Wednesday.

While addressing a press conference here, Sisodia informed that the reserve stock of the vaccine in Delhi has been exhausted.

"We had demanded 1.34 crore doses, 67 lakhs each of Covaxin and Covishield. Covaxin (Bharat Biotech) wrote to us yesterday that they can not provide it. They wrote 'we're making dispatches as per directives of concerned governmet officials'. Obvious that these are central government officials," he said.

The Aam Aadmi Party leader also hit out at the Centre, saying that it should 'act as the government of a country' and carry out its responsibility and stop all exports.

In a later tweet, Sisodia shared the letter from the vaccine manufacturing firm saying they are 'making dispatches as per the directives of concerned government officials' and would not be able to provide additional supplies required by the Delhi government.

limited availability. Once again I would say exporting 6.6 cr doses was biggest mistake. We are forced to shut down 100 covaxin-vaccination sites in 17 schools due to no supply," the Aam Aadmi Party leader tweeted along with the letter.

The letter signed by Chairman and Managing Director Dr Krishna Ella also mentioned that there had been an 'unprecedented demand' for COVAXIN for vaccination programmes and in spite of increasing production every month, they were unable to keep up with the demand.

Earlier on Tuesday, Sisodia had also mentioned that the Delhi Government had ordered 1.34 crore doses of COVID vaccines in May but the Centre cleared only 3.5 lakh doses against it.

Delhi's Chief Minister Arvind Kejriwal had also written to Prime Minister Narendra Modi requesting other capable companies to manufacture the two COVID-19 vaccines -- Covaxin and Covishield -- being already produced in India, and said the Union government should do away with vaccine production monopoly using the patent law.

With just over 12,000 fresh cases on Tuesday, the national capital seems to be slowly recovering from the devastating fourth wave it witnessed over the last few weeks, where daily new cases went as high as 28,000.

Health minister Satyendar Jain on Tuesday informed that over the last few days, the COVID-19 positivity rate in the national capital has declined from 36 per cent to 19 per cent.