Seven ways the Coalition's 2021 budget is blue not pink 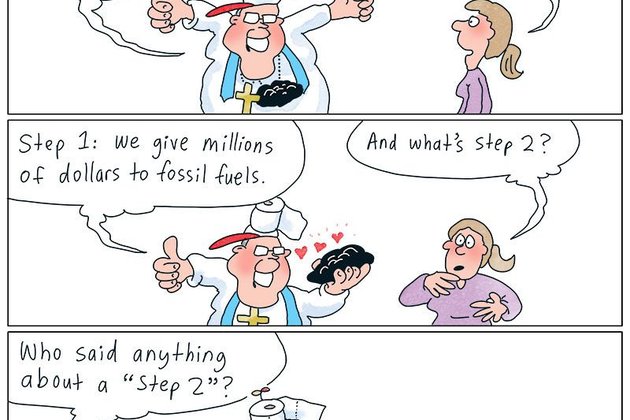 Treasurer Josh Frydenberg was on an inexplicable high after his underwhelming pre-budget speech to the Australian Chamber of Commerce (ACCI) as he repeated his performance for the masses with the 2021-22 Budget this week.

He gushed about "Team Australia", how" remarkable" we all are and our big "comeback", which brings to mind images of movie stars returning from a stint in rehab.

But, cheap congratulatory language aside, although labelled a "pink" budget by the usual mainstream media suspects, just how geared towards women's interests is it?

Well, apart from a lot of rhetoric and a few desultory changes, as usual, this Coalition Government has not put our money where its mouth is.

With just $3.4 billion allocated to cover every aspect of women's health, safety and economic security, the "pink bit" of this budget is a minuscule 3.6% of new spending measures, which total $96 billion.

Will the Morrison Government use this budget to move forward and embrace the opportunities of a post-carbon global market or take Australia back to the "dog days"?

While domestic violence services are being increased by $250 million per year, this figure will reduce in 2025-26 to a measly $2.3 million. If you're a woman who may benefit from this initiative, you'd better hurry up and be a victim before then, since almost ten women a day are hospitalised for assault injuries perpetrated by a spouse or domestic partner. That's the grand sum of $442 each - which won't even cover the cost of hospitalisation, let alone all the women who have been assaulted but not hospitalised.

On the subject of women's health, according to Monash University's Dr Remy Davison:

Firstly, it seems unfathomable that in 2021, we are still talking about childcare as the exclusive domain of women, but not only is this the case, the Morrison Government's archaic policies are ensuring it remains so.

As one young professional woman explained on ABC Q&A on Monday (10 May), fathers aren't even recognised as primary caregivers under the paid parental leave scheme - presumably because in the 1950s-style Australia the Coalition is emulating, men are the ones bringing home the bacon, while the little women keep those fossil-fuel-powered home fires burning.

The Government's $1.7 billion in childcare is welcome, as it currently stands, however, only 250,000 of the 6 million little women who are in paid employment meet the criteria. These women shouldn't hold their breath then, since this fund would only come into effect in July 2022 - conveniently after the next Federal Election.

As many women's advocates continue to point out, women will be disadvantaged as long as there are token childcare subsidies, instead of free child care and increased wages and job security for childcare workers, over 90% of whom are women.

After the removal of the bizarre milkshake and taco videos - which were created by the Government to educate young adults on the issue of sexual consent, but became the embodiment of how to confuse young adults instead - there appear to be no monies allocated to what should surely be a priority, given the soaring rate of sexual violence, even within the halls of parliament.

Currently, one in three women retires without a skerrick of super. There is no provision in the Budget for extended paid parental leave or the inclusion of superannuation in this leave. The Government also rejected a recent income retirement review, which favours superannuation inclusion so women can take time to care for children without losing super contributions.

Housing deposit rates of 2% will now be made available for 10,000 single parents. Since 40% of single parents require government income support, it is unlikely they can save for a new home in the current exorbitant housing market. And the scheme will be spread out over four years, which should add another layer of difficulty for disadvantaged single parents, who are predominantly women

The centrepiece of this budget isn't about improving conditions for women, it is - as it always has been with this Coalition Government - income tax breaks for high-income workers. These overwhelmingly favour men over women, since men are almost twice as likely as women to occupy highly paid positions.

This delivers $12.1 billion in tax cuts to men, which is more than double the amount it will return for women - thereby increasing gender inequality in one neatly packaged and deliberate, structural gender pay gap perk.

Meanwhile, a few more slaps in the face to women everywhere, courtesy of the pink-budget wielding Coalition.

Attorney-General Christian Porter returned to work as if nothing ever happened, having faced no inquiry whatsoever, and ostensibly refreshed and ready to fight the public broadcaster and journalist Louise Milligan for daring to divulge rape allegations against him.

Amanda Stoker, the newly appointed Assistant Minister for Women, is due to address an anti-abortion rally this coming Saturday.

And we haven't even mentioned that the Office for Women (part of the Department of Prime Minister and Cabinet), which exists to consult on the impact of policies on women, has had its funding slashed by $7.1 million.

Lastly, while this Budget makes extra-legal assistance available for victims of domestic violence, they will need it since, in a move condemned by judges and legal experts, the Family Court was abolished earlier this year.

This Budget, unlike previous ones, recognises that women exist and appears to target them for special small relief measures that may be afforded other minority groups. Except, as Helen Dally Fisher from the Equality Rights Alliance points out, "...Women aren't a "special interest group, we are more than half the population".

This type of fiscal approach, then, intended to address the systemic inequality long-endured by the majority sex, is tokenism at best.

This editorial was originally published as part of the Independent Australia weekly newsletter. These editorials are usually only available to subscribers and may be read online in the IA members-only area.