Under The Lights: Detailing the Raiders' 2021 primetime games 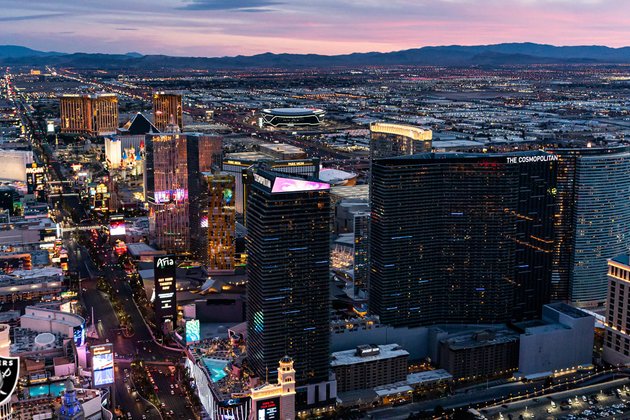 When the lights shine bright, you have to be ready.

The Las Vegas Raiders 2021 schedule was released Wednesday afternoon, and it's impossible to not zero in on the four opportunities the Silver and Black will have to play in primetime this season.

Here's a quick look at each of them and what to expect when the Raiders are the only game on the dial this season.

No city shines brighter under the lights than Las Vegas, so it only makes sense for the NFL's marquee Monday showcase to kick off with the Raiders in primetime.

I know GM Mike Mayock hopes Allegiant Stadium will be rocking as they host the Baltimore Ravens. The first Monday Night Football game of the season will not be lacking intensity, as both teams are early playoff contenders looking to get off to the right start. The Raiders spent ample time upgrading their defense through the offseason, and it will come in handy from the jump. The Silver and Black will have the task of going against MVP quarterback Lamar Jackson and budding star receiver Marquise "Hollywood" Brown, who have linked up for 15 touchdowns in two seasons together.

This will be the first of two primetime matchups the Raiders will have against an AFC West foe, and this one will be more intriguing than usual since the Raiders hired former Chargers defensive coordinator Gus Bradley. Joining him from the Bolts this offseason are defensive backs coach Ron Milrus, Darius Philon and Casey Hayward Jr.

The Raiders and Chargers split their two games this previous season as both were tightly contested battles that came down to the last possession. There's no love lost between these two teams, as reigning Offensive Rookie of the Year Justin Herbert will try to avoid a sophomore slump and pick up where he left off.

For their part, the Silver and Black were victorious in their last visit to Los Angeles thanks in part to cornerback Isaiah Johnson saving the day with a pass breakup in the end zone to hold onto a win.

The Kansas City Chiefs lost two games the entirety of their 2020 regular season, and of course one of those was to the Las Vegas Raiders.

Patrick Mahomes has had a three-season run like maybe no other quarterback in NFL history with a league MVP, Super Bowl MVP and two Super Bowl appearances. Yet the Raiders are one of the few teams that have been able to contain the sensational quarterback on occasion. With the Raiders improving their defense throughout the offseason, the headaches for Mahomes may increase.

This will also give us the opportunity to see another primetime matchup in two of the best tight ends the NFL has to offer: Travis Kelce and Darren Waller. In their last showdown in Allegiant Stadium, the two combined for 15 receptions, 215 yards and had a touchdown a piece.

How 'bout them Raiders?

A Thanksgiving feast will be cooking in AT&T Stadium. While it might not technically be considered a primetime game, as it's in the afternoon slot, there will be plenty of eyes watching as the Raiders travel to Dallas to try to snag a holiday victory against a retooled Cowboys roster. The quarterback duel between Pro Bowlers Derek Carr and Dak Prescott should be fun to watch - Carr is coming off his third 4,000 passing yard season and Prescott will have a lot to prove this season coming off a season-ending ankle injury.

Another great matchup to anticipate is the biggest rookie additions to each team's defense in Micah Parsons and Trevon Moehrig. Both players were heralded coming out of the 2021 Draft, and it will be fun to see how each player has adjusted to their scheme by this point into the season.

The Raiders' 2021 schedule release is presented by LVCVA.