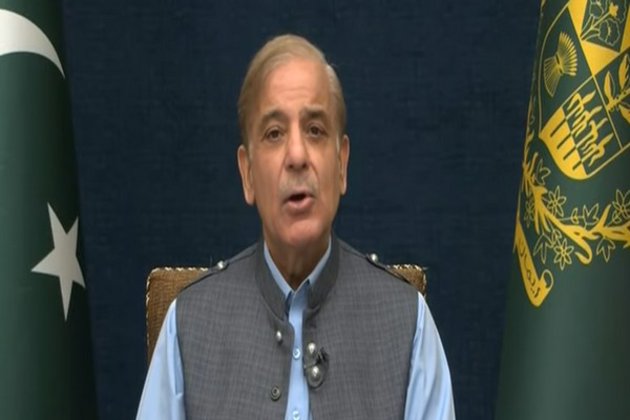 Islamabad [Pakistan], May 28 (ANI): After Pakistani Prime Minister Shehbaz Sharif announced a new relief package of Rs 28 billion per month "to protect the poor from the burden of petrol and diesel price hike", Kyber Pakhtunkhwa Finance Minister, Khyber Taimur Khan Jhagra while raising questions on the correctness of the package said that it is just a "cash payout for political optics".

Notably, Shehbaz-led government ceded to the demands of the International Monetary Fund (IMF) and removed fuel subsidies and increased the price of petrol by Rs 30.

KP Finance Minister took the political tussle to Twitter and wrote, "LYING, DECEIVING as always. Imported PM claimed beneficiaries will get Rs 2000 every month. But they also say total package is only Rs 28 billion. ONE month! Cash payout for political optics only! No one will dare to clarify!"Later, citing measures to mitigate the impact of the fuel price hike, PM Shehbaz Sharif launched a new relief package of Rs 28 billion per month. Like all other times, the Shehbaz government took a dig at the former Prime Minister Imran Khan-led government and said that because of them he had to take the "difficult decision" to increase fuel prices with a "heavy heart".

This comes in the context of the February 28, 2022, announcement by the Imran Khan government of relief measures to reduce prices of petrol and electricity are on account of Opposition pressure and public anger. The measures include a reduction in the prices of petroleum products and electricity tariffs by Rs 10 and Rs 5 respectively along with a number of new schemes including one on tax amnesty.

Imran Khan's subsidies are perceived to have destroyed Pakistan's economy for the Shehbaz administration. Now, in this latest relief package announced by the Shehbaz government, the PM said that 14 million poor families, comprising 85 million people, would be given Rs 2000 per family.

He said this was in addition to the monetary assistance being given to them under the Benazir Income Support Programme. "This relief package will be added in the next budget," Shehbaz said.

Moreover, in a veiled attack, Shehbaz also slammed Imran Khan for his allegations against US for conspiracy to oust him from power.

"A most trusted friendly country -- the one that supported us in all difficult circumstances -- was made upset. But we have started the rebuilding process," the premier said in an apparent reference to the United States. (ANI)