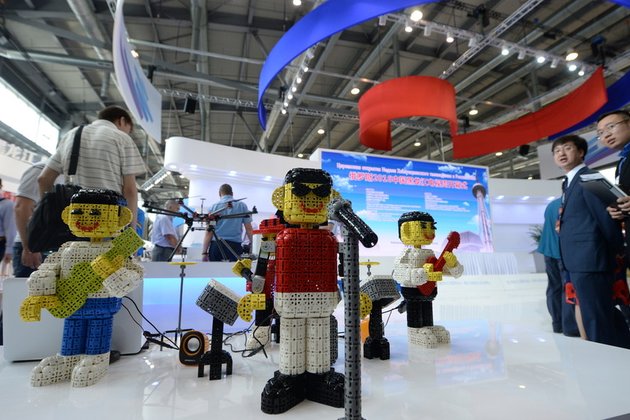 Sanctions have opened the Russian market up for innovative products and investment from China, according to an expert

Chinese companies are looking to fill vacant niches in the Russian market after the departure of Western firms due to sanctions, a member of the Russian-Chinese Technology and Innovation Chamber, Wu Zhang, has said.

A host of Chinese businesses are interested in investment projects in Russia and are keen to build plants and showrooms to display their products, in particular, innovative household appliances, auto parts, and robotics, Wu said at a meeting of Russia's Association of Small Businesses on Monday.

He also highlighted the prospects for cooperation in tourism once the Covid-19 restrictions are lifted in China, adding that the two countries are now enjoying "the best relations in history."

This comes as Russia-China economic ties are seeing strong momentum, with mutual trade turnover approaching $150 billion over the past ten months. The countries have also accelerated efforts to move away from the US dollar and euro in trade and towards settlements using the domestic currencies.

Speaking via video link at the 27th iteration of a regular meeting that brings the Chinese and Russian heads of government together, Premier Li Keqiang told his counterpart Mikhail Mishustin that many banks in both countries have connected to each other's payment systems to facilitate cross-border transactions. He stressed that the move was "very important for the smooth functioning of production and supply chains."

Moscow and Beijing previously agreed to conduct energy transactions using the national currencies instead of the dollar. According to Mishustin, nearly half of all trade between the two countries is now done using the Russian ruble or Chinese yuan.