Protest against illegal demolition of houses for flood-hit rocks Gilgit 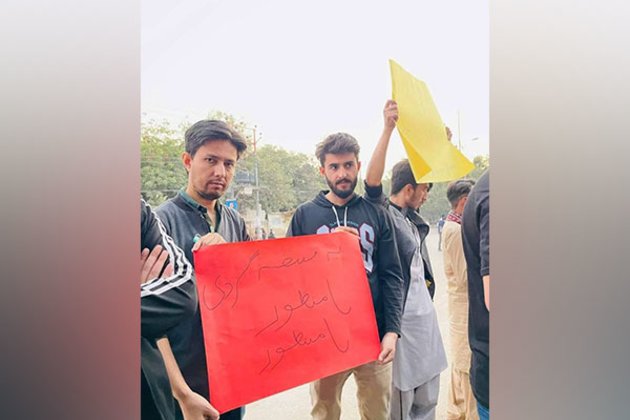 Gilgit-Baltistan [PoK], December 8 (ANI): People in the illegally occupied region of Gilgit-Baltistan are protesting against the demolition of rehabilitation houses that are meant for the flood-affected area.

The local NGOs named Sahara Welfare and Nagar Welfare Trust were constructing rehabilitation homes near the Jutial Gah, according to Pakistan vernacular media.

The local residents of the Nagar district alleged the government of subjugation and neglect. They said the bureaucracy comprises mostly Punjabis who treat them like second-class citizens. They are demolishing welfare works, grabbing lands and selling them to land mafias and multinational companies, it was alleged.

The residents in Nagar have continuously raised their voices against this tyrannical administration and are thus subjected to further oppression at the hands of the Pakistan government, a report said.

The local leaders condemned the demolition of houses being made for flood victims, alleging that the government had earlier abandoned the victims of floods and earthquakes. Now it has started sabotaging the welfare activities of welfare trusts, local media reported.

The leaders demanded restoration of the rehabilitation process and immediate action against the bureaucrats who gave the order for demolition.

Meanwhile, Gilgit-Baltistan-based youth carried out protests in solidarity with flood victims in Karachi as well.

Earlier, a similar case was registered at Gilgit Square, where the houses being constructed by the Shiite organisation "Anjuman Hussainia Nagar Welfare" was also demolished.

After this incident, Awami Workers Party Chairman Comrade Baba Jan condemned the act, calling it 'inhuman'. The party further stated such an act depicts the apathetic attitude of the government and the bureaucracy towards the flood-affected people.

He alleged that on one hand, the government had abandoned the victims of earthquakes and floods and on the other, tried to sabotage the rehabilitation work being carried out by Anjuman Hussainia of Nagar after purchasing the land.

Awami Workers Party Chairman demanded immediate steps for the rehabilitation of flood victims and compensation for demolished houses, warning that if these demands were not met, a protest will be launched across Gilgit Baltistan.

Faizan Mir, general secretary of Awami Action Committee, announced that they will chop off the tongues of those declaring GB people's lands as govt lands.

All political, religious and human organisations, while condemning the 'inhuman act', said that it shows an apathetic attitude of the govt and bureaucracy attitude towards flood-affected people. (ANI)